WHY GERMANY IS THE PLACE TO BEâ€¦ 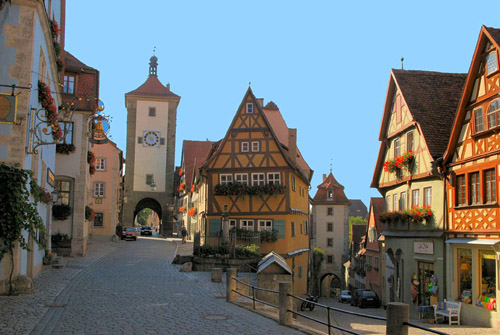 In this article we highlight some aspects regarding the benefits of the German living standards, regarding aspects such as: top best-cities in the world, job security, a good healthcare, subsidized education, paid leave and working hours.

30 November 2011: Vienna has again been named as the â€˜bestâ€™ city in the world, with the Austrian capitalâ€™s perennial Swiss rival, Zurich, in second place. Auckland, Munich and DÃ¼sseldorf complete the top five. Overall, German-speaking cities occupy six places in the top ten in this yearâ€™s Quality of Living Survey by Mercer Consulting.

So with 7 cities in the top and middle placement in the European â€œbest-citiesâ€ charts it is quite obvious to notice the fact that Germany benefits of probably the best, political and social environment, economic environment, socio-cultural environment, health and sanitation system, school and education system, public services and transportation, recreation, consumer goods, housing and natural environment.

The Germans are having it twice as good as the Americans. See what benefits have families in Germany!

â€œA German couple who earns 40.000$/year benefits from higher standards of living than a pair of double-income Americans,â€ states buisnessinsider.com.

Volkmar Kruger, a foreman at a glass factory in Germany, and his wife Vera Kruger, who is employed part-time at a company that tracks stocks, enjoy job security, a good healthcare, subsidized education and six weeks of leave per year.

Also, the Kruger family benefits from an efficient economy, with a low rate of unemployment, job security and a low inflation keeping their purchasing power high.

The German government can afford to provide extensive social services and subsidies, which enabled the Krugers to send their son to college for just 260 dollars per semester. On the other hand, the recent surgery performed on one of the spouses set the family back with only 13$ per/day of hospitalization.

Quality of life, learning from the German way of Efficient Working

Thomas Geoghegan, a Chicago-based labor lawyer and author of â€œWere you born on the wrong Continent?: How the European Model can help you get a Lifeâ€, states that America can learn from the German working model, where people work less hours, have higher productivity and enjoy a greater quality of life.

Geoghegan argues that by simply putting in more hours of work doesnâ€™t make Americans more productive than their German counterparts. On the contrary, Germans are more efficient, which may be because they are able to take more time off from work. He says ironically, that the European model embraced by Germany actually is based on the US model that the Allies implemented after WWII, which helped shape social democracy.

Since the start of the recession, the number of unemployment in the US has doubled. Those who are fortunate enough to still have jobs, are often working longer hours for less pay, with the ever present threat of losing their job. But even before the recession, American workers were already clocking in the most hours in the West. Compared to our German cousins across the pond, we work 1,804 hours versus their 1,436 hours â€“ the equivalent of nine extra 40-hour workweeks per year.

European social democracy â€“ particularly Germanyâ€™s â€“ offers some tantalizing solutions to our overworked age. In comparison to the U.S. the Germans live in a socialist idyll. They have six weeks of federal mandated vacation, free university tuition, nursing care and childcare. In an attempt to make Germany more like the U.S. Angela Merkel has proposed deregulation and tax cuts only to be met with fury on the left.

I bet we gave you here o bunch of reasons to consider moving to Germany. If you are interested in the cost of living in Germany, we already covered that topic here.

Now itâ€™s time for you to share your reasons for moving to Germany!