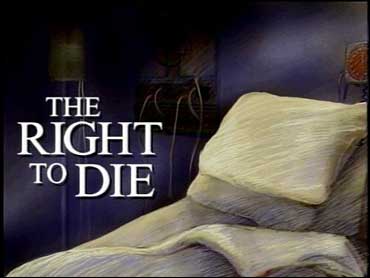 Assisted suicide is the common term for actions by which an individual helps another person voluntarily to bring about his or her own death. â€œAssistanceâ€ may mean providing one with the means (drugs or equipment) to end oneâ€™s own life, but may extend to other actions. It differs to euthanasia where another person ends the life. The current waves of global public debate have been ongoing for decades, centering on legal, religious, and moral conceptions of â€œsuicideâ€ and a personal â€œright to deathâ€. Legally speaking, the practice may be considered legal, illegal or undecided.

In the Netherlands, physician-assisted suicide is legal under the same conditions as euthanasia.

In Germany, killing somebody in accordance with his demands is always illegal under the German criminal code. 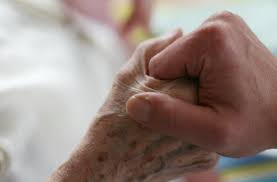 Assisting with suicide by providing poison or a weapon is generally legal. Since suicide itself is legal, assistance or encouragement is not punishable by the usual legal mechanism dealing with complicity and incitement. Nor is assisting with suicide explicitly outlawed by the criminal code. There can however be legal repercussions under certain conditions for a number of reasons.

â€œWe want death to come from natural causes, when the time comes, we donâ€™t want to help the process,â€ said the president of the Federal Chamber of Physicians, Dr. Frank Ulrich Montgomery, in an interview with the â€œNeue Osnabrueckerâ€ newspaper (02/29/2012). He commented on the plans of the Dutch Association for a voluntary death. The euthanasia organization plans in the Netherlands the creation of special teams that can by request visit the patients and help them obtain a voluntary death.

In Germany it is considered a criminal act and for the medical specialist it is legally and professionally forbidden to kill patients at their request. â€œLooking at the doctorâ€™s professional code of ethics, the doctorâ€™s duty is to protect and restore health and alleviate suffering an assist the dying until their death,â€ stated Montgomery. Â The BAK-President stressed however the fact that the doctorâ€™s obligation is not to sustain life at all costs. This is particularly the case when there is no appropriate diagnosis and treatments can no longer be displayed and offered.

Palliative care should help improve the confidence of the people in a caring medical end of life. Therefore, the number of palliative care and hospices in Germany should increase. â€œA good and comprehensive palliative care system will make the call for euthanasia certainly fade away,â€ said BAK-President Dr. Frank Ulrich Montgomery.

On a personal level this subject must capture the imagination of every reader, even if our blog is mainly addressed to medical professionals. So what do you think as doctors would you embrace the idea of assisted death? Could you help end the life of your patients on demand?

I would love to engage in conversations on this topic with you so please give us your feedback!