Working as a Doctor in Saudi Arabia

We have decided to branch out and bring our candidates the opportunity to apply for medical careers in the Middle East, rewarded with payments and benefits that no EU country offers at the moment!

The Kingdom Of Saudi Arabia is the largest state in Western Asia, by land area, constituting the bulk of the Arabian Peninsula, and the second largest in the Arab World. It has access to the Red Sea in the west and Persian Gulf in the northeast.

Saudi Arabia has the worldâ€™s second largest oil reserves and is the worldâ€™s second largest oil exporter. Oil accounts for more than 90% of exports and nearly 75% of government revenues. According to the studies made by the World Bank in 2009, Saudi Arabia has the strongest economy among the Arab states, and its economy is the 13th most competitive in the world.

â€œRomanian Doctors in high demand in the United Arab Emiratesâ€ â€“ was a resounding title in the Romanian press last year, as highlighted by the Romanian news program â€œStirile ProTVâ€:

â€œThe news about the skillful Romanian doctors has traveled far, reaching even the ears of the officials in the Sheikh kingdoms. So, the UAE officials appeal more and more to the Romanian healthcare specialists, especially for luxurious private clinics.

There they receive salaries worthy of â€œOne thousand and one nightsâ€, salaries even 20 times higher than in Romania.

As a specialist doctor in orthopedics, Jenel Patrascu, after working for years and years at the Timisoara County Hospital, got a little tired of his paycheck. So he decided to start applying for jobs in the Emirates and started sending a bunch of resumes. Soon he was called for an interview and started regular work in a part-time system.

The rich in Qatar, Kuwait and UAE, including the Royal family are willing to bear transportation and accommodation costs rewarding with nothing but the best the Romanian doctors. As Dr. Â Anrei MotocÂ  first entered a clinic in Dubai, he thought he was in a 7 star Hotel. Â

In Romania, an experienced specialist doctor earns about 2.000 RON/month ( about 460Euros/month) while in the UAE, in just a few days a doctor can earn up to 7470Euros for just a couple of surgeries performed.

In order to be accepted, the specialist doctors must have at least 10 yearsâ€™ experience as specialists.â€ 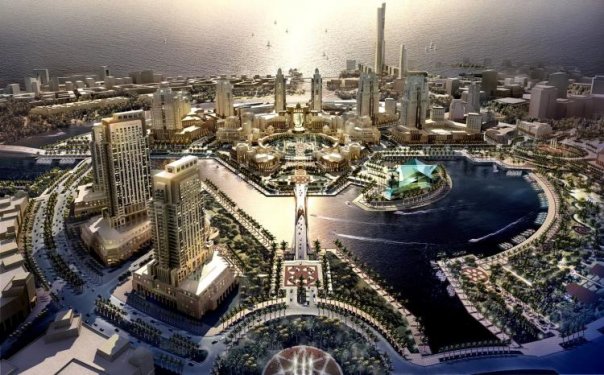 The year 2012 has brought changes especially regarding the criteria for eligibility!!!

Starting contracts are for one year, the renewal of the contract is rewarded with a substantial bonus.

Everything in KSA is tax free so people can save the Majority of their Salary.Â  Availability of buying a car at 50% cost compared to Europe (gasoil 5 â‚¬ full tank!).

For Saudi Arabia we are currently looking for specialist doctors in the following medical fields:

Would you consider Saudi Arabia?

You are more than welcome to apply via e-mail: