Co-payment, fixed and affordable. The health system in the view of the nominated Health Minister 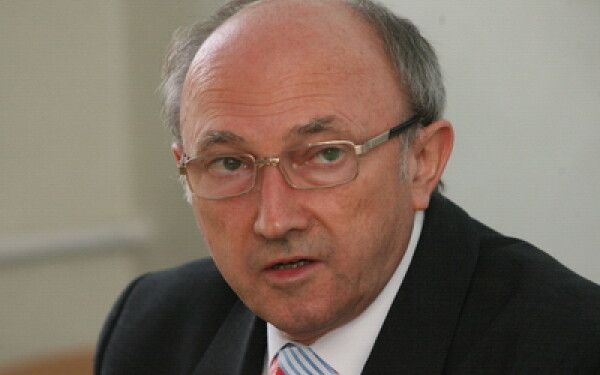 The Romanian Health Minister, Ladislau Ritli, declared that the current law is unenforceable and that the co-payment idea will be modified by the end of the year, so that it will refer to a fixed payment.

A fixed amount that is accessible to everyone. He said that the current version provided that the patient pays a percentage of the revenue, which is ineffective without a good information system in place.

â€œOur proposal is â€“ and the IMF agrees with this measure â€“ to conduct a revisal of the current legislation, so that the co-payment sum will be fixed, very small, and accessible to anyone. This measure will be established and decided by the Government, considering aspects such as the minimum wage in our current economy,â€ said Ritli.

Ritli: Until June, the medical services package will be revised.

Ladislau Ritli said that by June, the basic health care service package will be revised and that access to expensive drugs will be regulated and the hospitalization for minor surgery will be shortened.

â€œIn June the revised package will be implemented. We thought of the possibility to regulate access to expensive drugs and reduce the hospitalization period after minor surgery. These two measures will bring very many financial and behavioral benefits to the health care system.â€ Said Ritli

Ladislau Ritli told the members of parliament that the subsidy for primary medical care will be increased by 15%, thus giving the possibility to the patients to enroll on the lists of family doctors and the regulation regarding the number of patient consultations per(20) day will be optimized.

Ritli also pointed out to the massive investments made for two helicopters and ambulances that are to replace outdated equipment and the fact that the SMURD system will be implemented in three more counties: Caras Severin, Tulcea and Gorj.

The official stated that the new health law could take effect in late 2012 or early 2013, after a wide consultation with experts and citizens in order to develop it.

Source of the article here: http://stirileprotv.ro/stiri/sanatate/coplata-o-suma-fixa-si-accesibila-cum-arata-sistemul-sanitar-in-viziunea-noului-ministru.html