Due to the fact that we currently have new job vacancies for specialist doctors in the field of Cardiology, Gynecology, Nephrology, Anesthesiology, Pediatrics, Radiology and Emergency Medicine in the United Arab Emirates capital city Abu Dhabi, we consider useful to provide some information about living in the UAE.Â

Located just 130km south from splashy Dubai, coastal Abu Dhabi has traditionally been known as the staid seat of the federal government, home to the ruling Abu Dhabi Emiri Family. The emirate owns 95% of the UAEâ€™s oil production and 90% of the population is made up of expats. â€œAbu Dhabi provides a wealth of opportunity and allows people to live tax free,â€ said Lizzie Johnstone, a Brit who has lived with her family in Abu Dhabi for five years. â€œThe expat and local community are welcoming, the schools are good and at the weekend you can go to the beach.â€

Abu Dhabi is the largest of the UAEâ€™s seven constituent emirates, and the city center is on Abu Dhabi island, connected to the mainland by three bridges and surrounded by a number of smaller islands, many of which are being developed by luxury resorts, shopping malls and real estate companies. Over the last decade the city has concentrated on developing its tourism, education, financial and cultural sectors to diversify its economy, which until recently relied almost exclusively on oil production. On Saadiyat Island (less than a kilometre off the shore of Abu Dhabiâ€™s city centre), alongside luxury developments and golf courses, architect Jean Nouvelâ€™s floating Louvre Abu Dhabi will open in December 2015, part of a cultural district that will also include the Guggenheim Abu Dhabi (designed by Frank Gehry, due to open 2016) and the Zayed National Museum (designed by Foster + Partners, possibly opening 2017). A second campus for New York University Abu Dhabi is being planned for the islandâ€™s Marina district. Suburbs like the futuristic Masdar City are also part of the emirateâ€™s master plan. While the snazzy luxury resorts bring a bit of Dubai-like glitz, the city is also making efforts to preserve its natural resources, such as mangroves and turtle nesting spots along the turquoise waters. â€œIf you are prepared to work hard, embrace the desert and respect the culture, you will have a very nice life,â€ Johnstone said.

Where do you want to live?

The Corniche on Abu Dhabi island stretches along the waterfront and is home to many mixed-use developments, hotels and malls, making it a very desirable place to live. Also sought-after are the modern luxury developments found on other islands such as Al Reem, or on the mainland in suburbs such as Khalifa City along the Abu Dhabi-Dubai Road. â€œPeople are spread out all over, but it will never take you more than half an hour Â­â€“ traffic permitting â€“ to get anywhere,â€ Johnstone said.

Saadiyat Island is currently being developed with villas and high-end apartment blocks, and will be home to about 160,000 residents. Another popular island located close to the city centre, Al Reem, has experienced a few setbacks. â€œThe master planning on Al Reem didnâ€™t quite take off, so some of the projects have stalled,â€ said William Neill, director and head of Cluttons Abu Dhabi real estate and property consultant agency. Al Raha Beach, an area of Khalifa City, has a range of medium to high-end apartments, plus access to private beaches. North of the Abu Dhabi International Airport, along the E11 motorway to Dubai, the Al Reef development has villas that are popular with families.

Dubai is about a 90-minute drive north, depending on traffic, and people go back and forth frequently; a passenger rail link between the two cities is in the planning stages, with the first expected service in 2018. Omanâ€™s Musandam Peninsula is a popular weekend destination for diving and dolphin watching, and the northern emirate Fujairah is popular for trekking through the wadis (valleys) and hills. Muscat, the capital of Oman, is around 435km to the east, a four-hour drive or a short flight away. 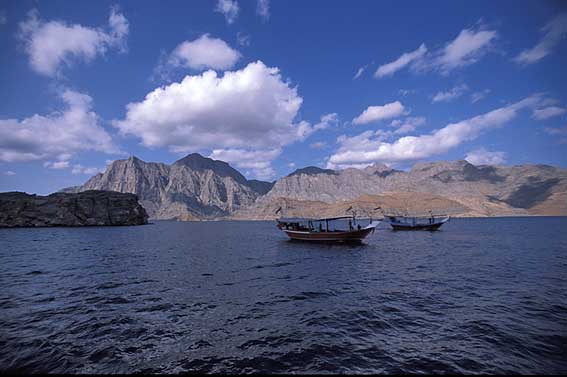 Abu Dhabi International Airport has flights to many European and Asian destinations. Mumbai is about a three-hour flight, while the Maldives are just more than four hours away. Paris and London are each about a six or seven hour flight.

Prices in Abu Dhabi used to be much higher than Dubai, so people would often live in Dubai and commute to Abu Dhabi. But post-recession, the scenario has flipped. â€œIn addition, the government put in place a rule that if you work for a government agency or ministry, you have to live in Abu Dhabi and that helped feed demand,â€ Neill said. Now prices in the older buildings on Abu Dhabi Island are falling as people leave for newer communities. In modern developments and luxury buildings, there is a high demand in both rentals and sales. â€œSale value tends to be going up because there is a low supply on the market,â€ Neill explained.

Most expats rent while living in Abu Dhabi. A two-bedroom flat in a high end building on the Corniche, Saadiyat Island or in Al Raha Beach rents for between 140,000 to 200,000 dirhams a year (it is typical for rents to be paid yearly in Abu Dhabi). On Al Reem, a similar property rents for 110,000 to 130,000 dirhams a year. In these prime areas, apartments currently cost 14,200 dirhams per square meters.

If you are interested in applying for a position in Abu Dhabi via EGV Recruiting, please contact us at: