Reasons to move to Sweden

Since the end of World War II, Sweden has been open for refugees from all around the world. Since then, people have arrived to Sweden from all over the world with different religions, colors and traditions, and in doing so they have joined the Swedish culture.

Why would anyone want to move to Sweden?

1. Swedish Nature. Sweden is an amazing beautiful country. Not in the spectacular sense. There are few â€œbiggestâ€, â€œbestâ€, â€œhighestâ€, etc. in Sweden, but there are literally thousands of lakes and thousands of kilometers of forests. There is skiing in the winter, swimming and camping in the summer, hiking all-year long and boating most of the year. If you enjoy the outdoors there are few countries in the world that match Sweden.

2. Culture. Sweden is one of the countries that offers the most access to art and music any day of the week. Many large cities have opera houses and Broadway musicals but few offer the multitude of plays, concerts, poetry-readings, musical-jams etc. that are available in most cities in Sweden.

3. Sports. Swedes are almost obsessed with sports of all kinds. They love football, hokey, track & field, swimming, handball, table-tennis, tennis and yadidee. They are a nation of only nine million but seem to be represented in every major sport tournament in the world. Furthermore they have a multitude of publicly financed sport centers ranging from public swimming pools to public golf-courses.

4. The public right of passage. This is the right of all people to travel freely over undeveloped private property (out in nature) and temporarily stay there (usually not more than one night). With this right comes the responsibility to leave the area untainted by your presence â€“ leaving nature, animal-life, and all natural resources unaffected. Norway, Finland and Island have similar laws (as do other countries in the world) but this â€œrightâ€ is deeply ingrained in the Swedish psyche.

5. Lagom. The term lagom is probably unique to Sweden. (Pronounced

â€œlogâ€ + â€œoamâ€)The term basically means â€œjust right; not too much and not too little.â€ The joke in Sweden is that everywhere else in the world â€œbest is bestâ€, but in Sweden â€œLagom is bestâ€. This one word accentuates Swedenâ€™s propensity for moderation. People strive for balance in all facets of life. Work lagom. Play lagom. Spend lagom. In short, try to live â€œlagomâ€. This deep sense of moderation is a natural combatant to the kind of stress that is so prevalent in other developed and developing nations.

6. Consensus. People in Sweden do not like conflict. Swedenâ€™s last official war was a minor skirmish with neighboring Norway in 1815. Besides sending some peace-keeping forces to Afghanistan, Sweden and Swedes are generally extremely averse to open conflict. Conflict is seen as a failure by all participating parties. Most countries view conflict as inevitable. In Sweden, conflict is viewed as barely an option. This holds true at the international level and at the micro-level in the Swedish workplace. While it can be frustrating when trying to resolve conflicting interests, it generally makes for a more quiet life.

7. Rational Thought. Swedes are generally very rational people. Secular empiricism is king in Sweden. There are religious groups in Sweden just like everywhere else but they are generally moderate and quiet about their beliefs.

8. Economic Security. Everyone in Sweden has access to healthcare, unemployment benefits, and, in the worst case, welfare. The social welfare system in Sweden is not nearly as generous as it was in decades past but there is still enough security left in the system that you should never have to lie awake at night fearing homelessness or starvation.

9. English. You can get by with only English because almost everyone from the age of about twelve and up speaks English. Unfortunately, many foreigners mistakenly believe that they do not actually have to learn Swedish. This is not true. If you do not speak Swedish, you will always be an outsider. Nonetheless, the proficiency of Swedes in the English language opens many doors to new arrivals. 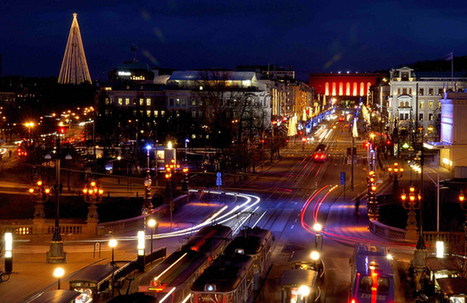 10. Life Long Learning. Swedish people love to go to night-school and weekend-seminars. They learn everything from Basket-Weaving to Macro Economics, Art, Business-German, Spanish, Jazz-Improvisation, Tile-laying, etc. The atmosphere of learning is fantastic in Sweden. If you move to Sweden, seize the opportunity!