What makes the UK unique (part 3)

London is one of the most visited cities in the world and is renowned for many things, obviously the House of Parliament, Big Ben, the London Eye, the Tower of Londonâ€¦.

Another thing that puts London in the center of the map is shopping! Here one can buy anything from the latest fashion to tid-bits at the infamous Camden market. The many tourists that visit London often travel to see the same places every time, however if you look a little deeper you will be able to find a lot more than what meets the eye.

It is advisable to plan your journey ahead before arriving in London, not just because there is so much to see, but also because it can be quite daunting when visiting for the first time. If it is the first time in London, then Iâ€™d highly recommend visiting both the Big Ben but also Oxford Street for plenty of opportunities to buy the latest fashion or even a souvenir to remember the trip!

8. Be a spectator at the Silverstone Grand Prix:

Silverstone is one of the worldâ€™s hottest Motor Sport destinations in the whole of the UK. It is home to many various racing events, but the most famous of these it the Silverstone Formula One Grand Prix. This is really a day out for those of you that are petrol heads but can be enjoyed by the whole family if you feel inclined to take them with you. So what can you do here? Well obviously you will be able to see some of the greatest racing machines in history, rushing past you at lightning speeds, driven by some of the most famous drivers in history.

The racetrack is also a great party atmosphere where one can camp over night between the two races (qualifications and the race).

9. Visit the Ancient Monument of Stonehenge:

Stonehenge is one of the most visited in-land attractions in the United Kingdom. It is shrouded in mystery and has been the source of many theories over the past few centuries. Stonehenge itself is actually a prehistoric structure which is in the country of Wiltshire and to this day archeologists still quarrel over the nature of this creation and when it was built. 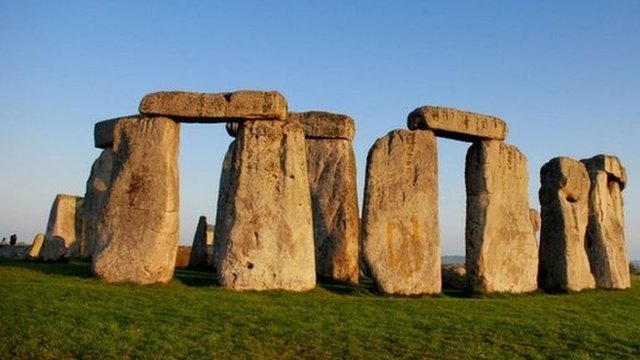 Stonehenge is more than just a structure or monument. It is a reminder of the history surrounding the area and it is a tribute to those who actually built this amazing man-made monument. The surrounding areas have also been known to reveal Roman artifacts: coins and even remains overt the past few centuries.

Itâ€™s amazing that Stonehenge has even survived till today. Visiting Stonehenge will certainly be a memory that will last forever.

Did these facts made you consider not only visiting the United Kingdom but also the possibility of working in the UK?